Dialectic of Enlightenment (1944-1947, 1969) is the most influential work of critical theory of the Frankfurt School. The book contains a fundamental critique of modern society. Based on a thorough analysis of the development of civilization, the book investigates the origin of enlightenment from mythos and the return from enlightenment back to mythos. The book represents the philosophical origin history of the formation of the modern subject, its »Self«, and discusses the coexistence of morality and immorality in modern society. The book discusses the mechanisms of the mass deception of society by the culture industry. It also analyzes the boundaries of enlightenment, which constitute, as a result of the disaster of national-socialism, the elements of anti-Semitism.

The first Georgian translation is accompanied by Devi Dumbadze's essay: Enlightenment and Disaster. What makes Dialectic of Enlightenmenttopical. 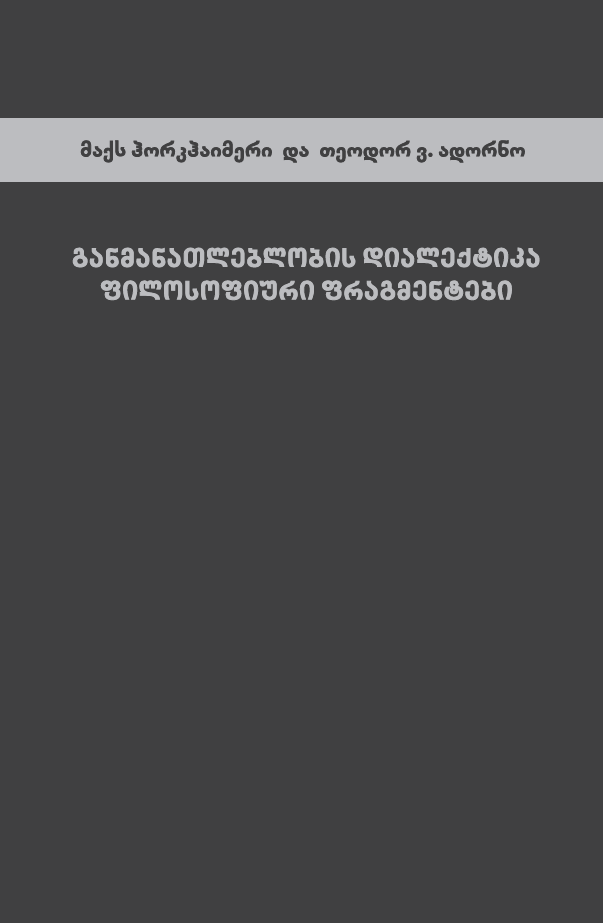