In cooperation with the Institute of Media Sciences of Ruhr University of Bochum and the Department of Georgian and Foreign Philosophy at Savle Tsereteli Institute of Philosophy.

2007 marks the 115th anniversary of the birth of Walter Benjamin, a German philosopher and cultural researcher of Jewish origin. Walter Benjamin was one of the most important German-language theorists and thinkers of the first half of the 20th century. In the 1960s, his work acquired new relevance and since then his books remain a boundless source for critical culture theory, media theory, art criticism, philosophy of history, etc. This philosopher and author of critical theory was closely associated with the Frankfurt School but is unfortunately not yet well known in Georgia.

The participants of the seminar received the first Georgian edition of Walter Benjamin’s two essential works: The Work of Art in the Age of Mechanical Reproduction | On the Concept of History free of charge. 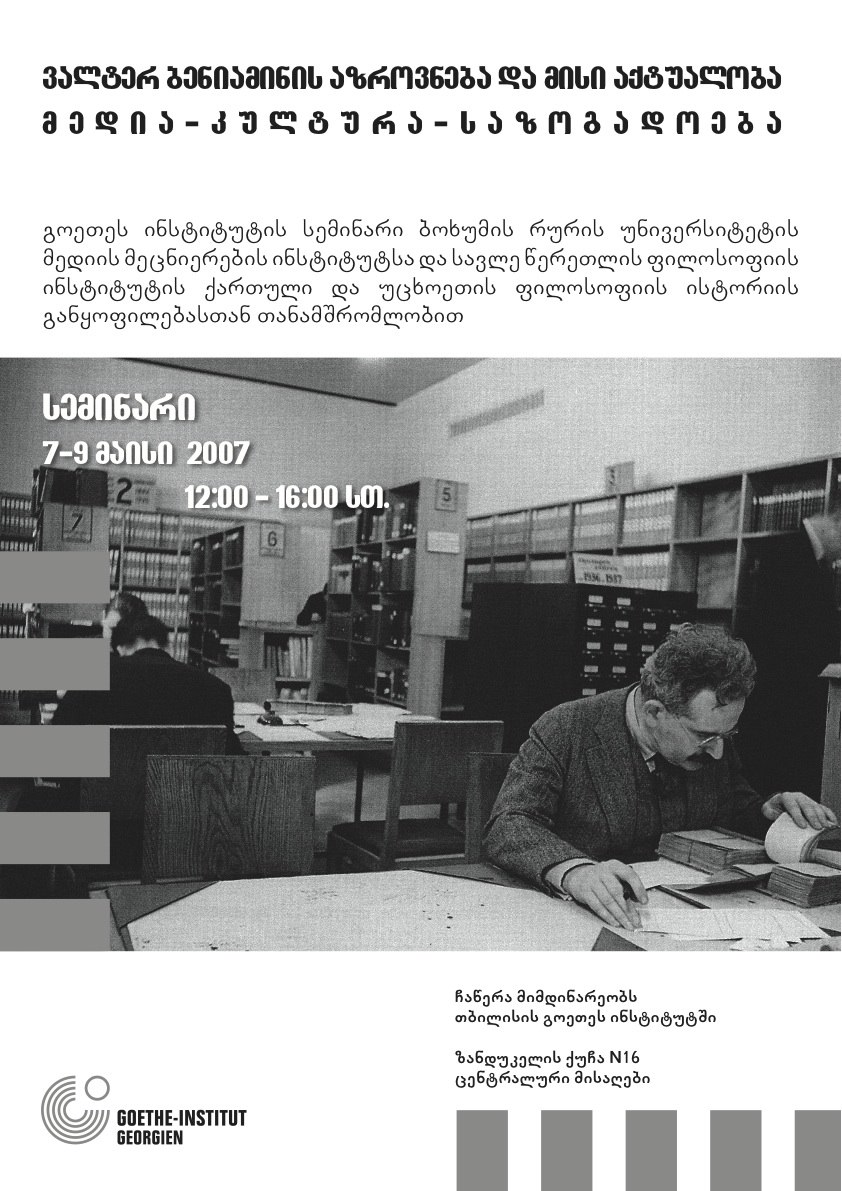